CES is MASSIVE. So big that is divided between two main venues in Las Vegas. The “Main CES” event is housed at the Las Vegas Convention Center and the rest is at the Sands Expo Convention Center. There are also many overflow events that take place at various hotels, restaurants, and other venues in the city.

There is so much to see that I typically divide my CES into days – One day at the Sands Expo and one day at the Convention Center and its at that venue that I found these: 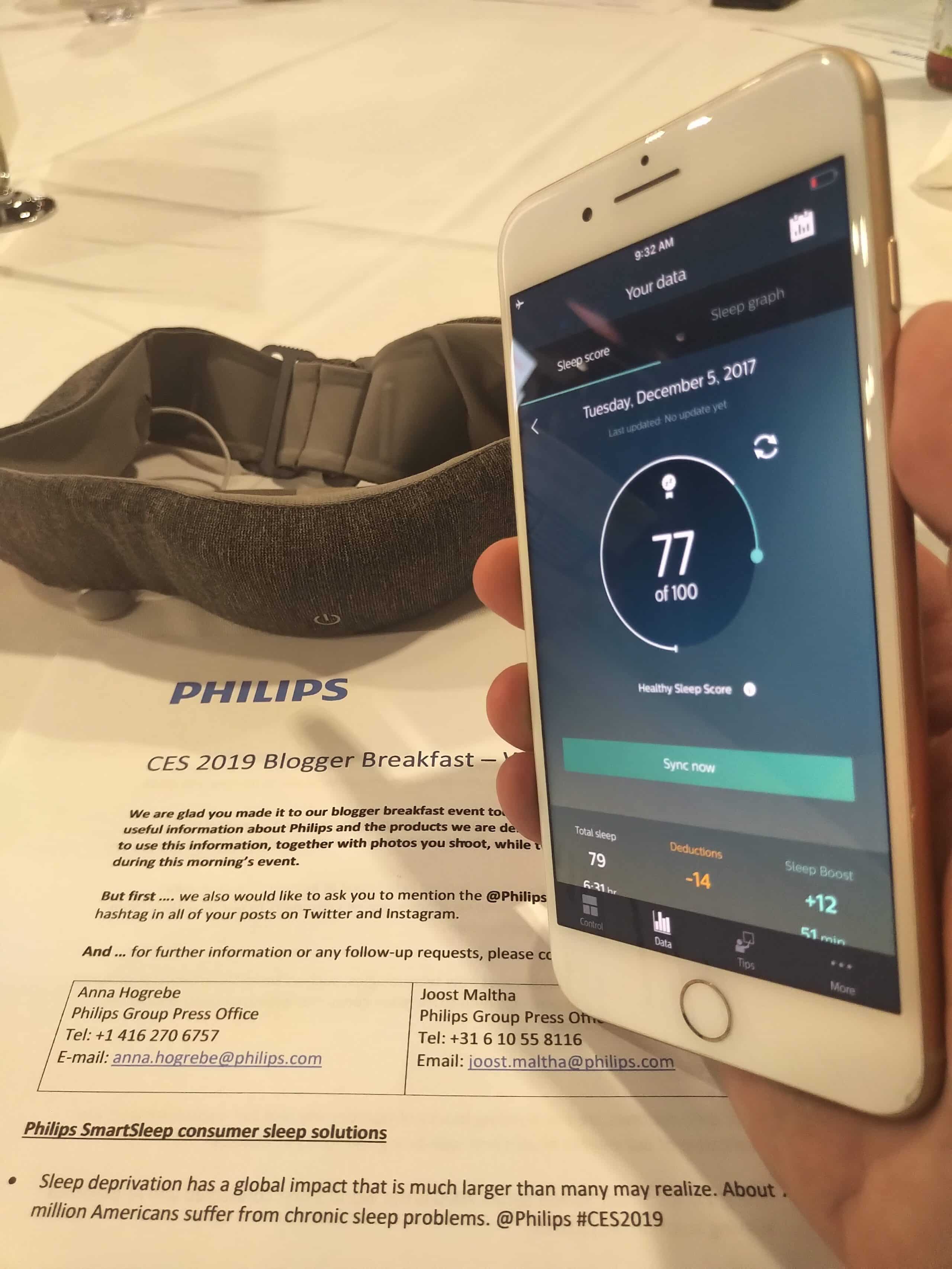 70 million Americans suffer from chronic sleep problems and Philips wants you NOT to be one of those people and get some sleep.   Therefore, Philips has introduced various products to help you get your 7 hours of glorious sleep.

The first is the Philips SmartSleep Deep Sleep Headband which you wear when you are ready to get to sleep. During your sleep, the headband boosts slow wave activity. It’s like swinging on a swing when the headband realizes you are losing momentum, it gives a small push. The same with your sleep – and this boost doesn’t wake you up but rather enhances your deep sleep quality.

Philips also has a SmartSleep Snoring Relief Band that trains your body to sleep on the side which keeps the airways open and therefore no snoring.

For more info, check out the Philip site here

Previously at CES, it was all about flying drones. Now there are a plethora of drones that can swim and even dive allowing you to capture video as you swim, surf, fish, boat, ski, and other water activities. Companies such PowerVision Technology Group launched their multifunctional marine drone called the PowerDolphin. The PowerDolphin has a smart camera built in so it is able to adjust to the changing light conditions, is able to detect fish, tow a fishing line and even alert a diver if there is a shark in the area. 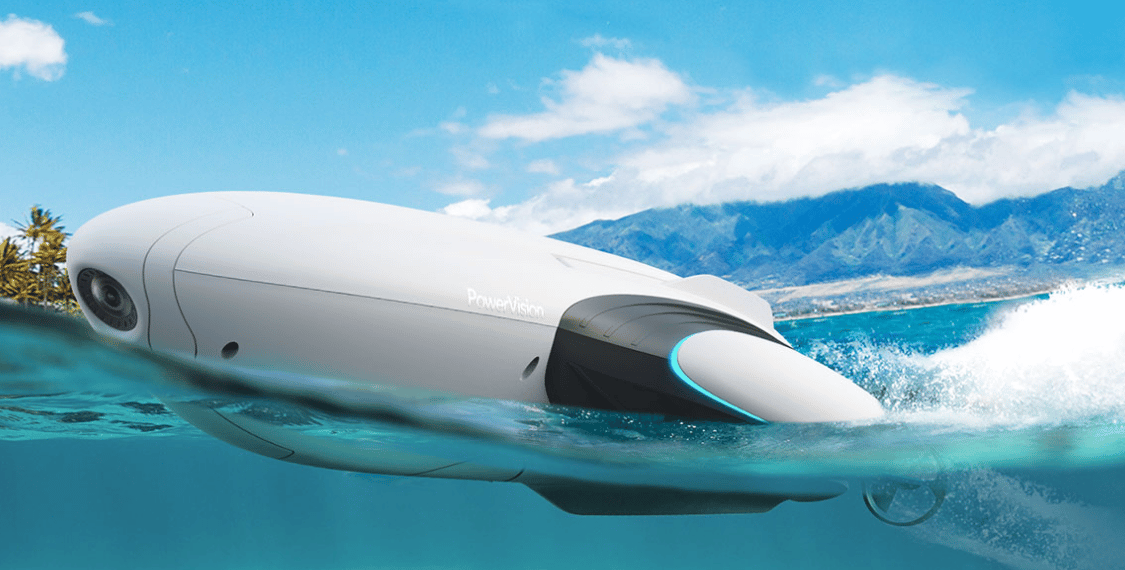 When Lenovo announced with excitement the Smart Clock, I was surprised as this is CES and we have had a bedside clock since forever. 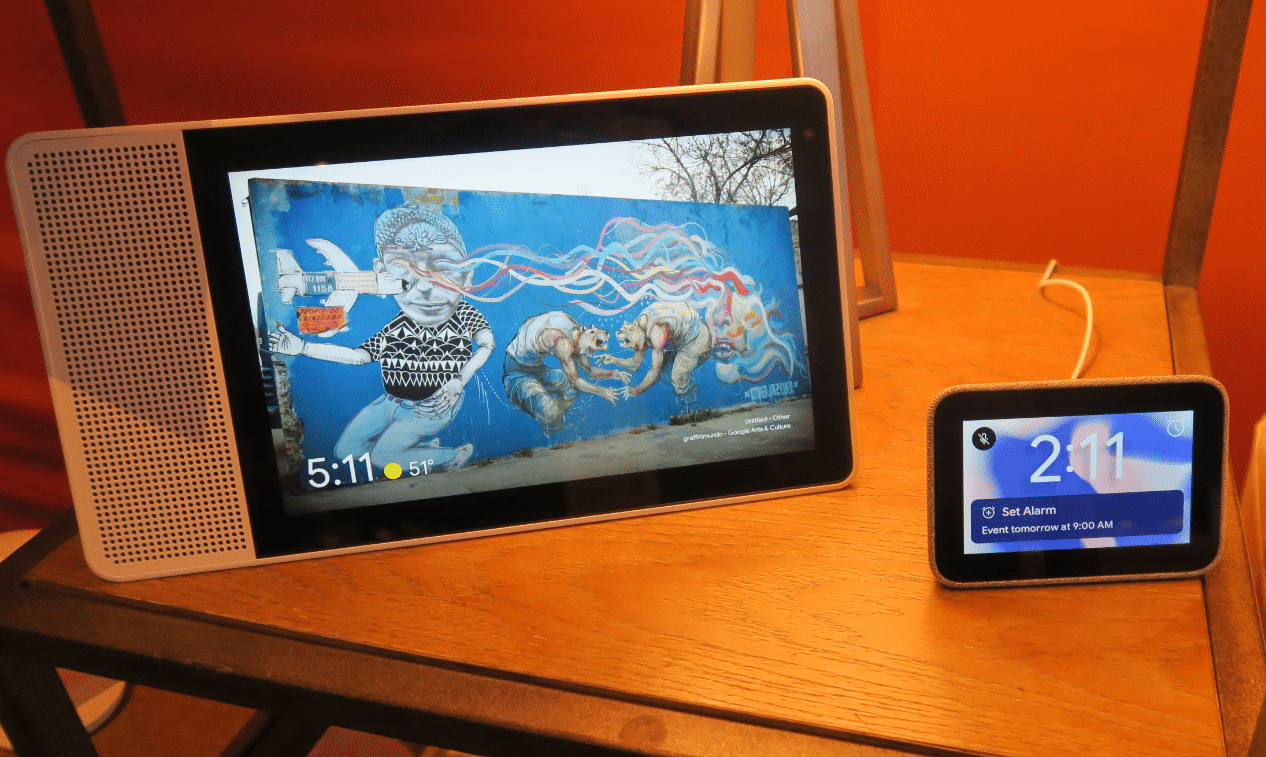 Having played with the clock, I discovered that Lenovo has built a cute little device which is based around the Google Assistant but with a 4-inch touch screen. Now this makes all the difference.

You can use the normal Google Assistant commands such as play music, what’s the weather, what on my calendar type of stuff. The Lenovo Smart Clock can also inform you when its time to leave for your meeting based on your location, the location of your meeting and the traffic. You can swipe between screen to see various information but only info you need to get going – so no YouTube or web browsing but rather weather and traffic.

The cool bit – when the alarm rings, you can hit the Smart Clock once and it snoozes it or twice to switch the alarm off. Now that’s a great feature! 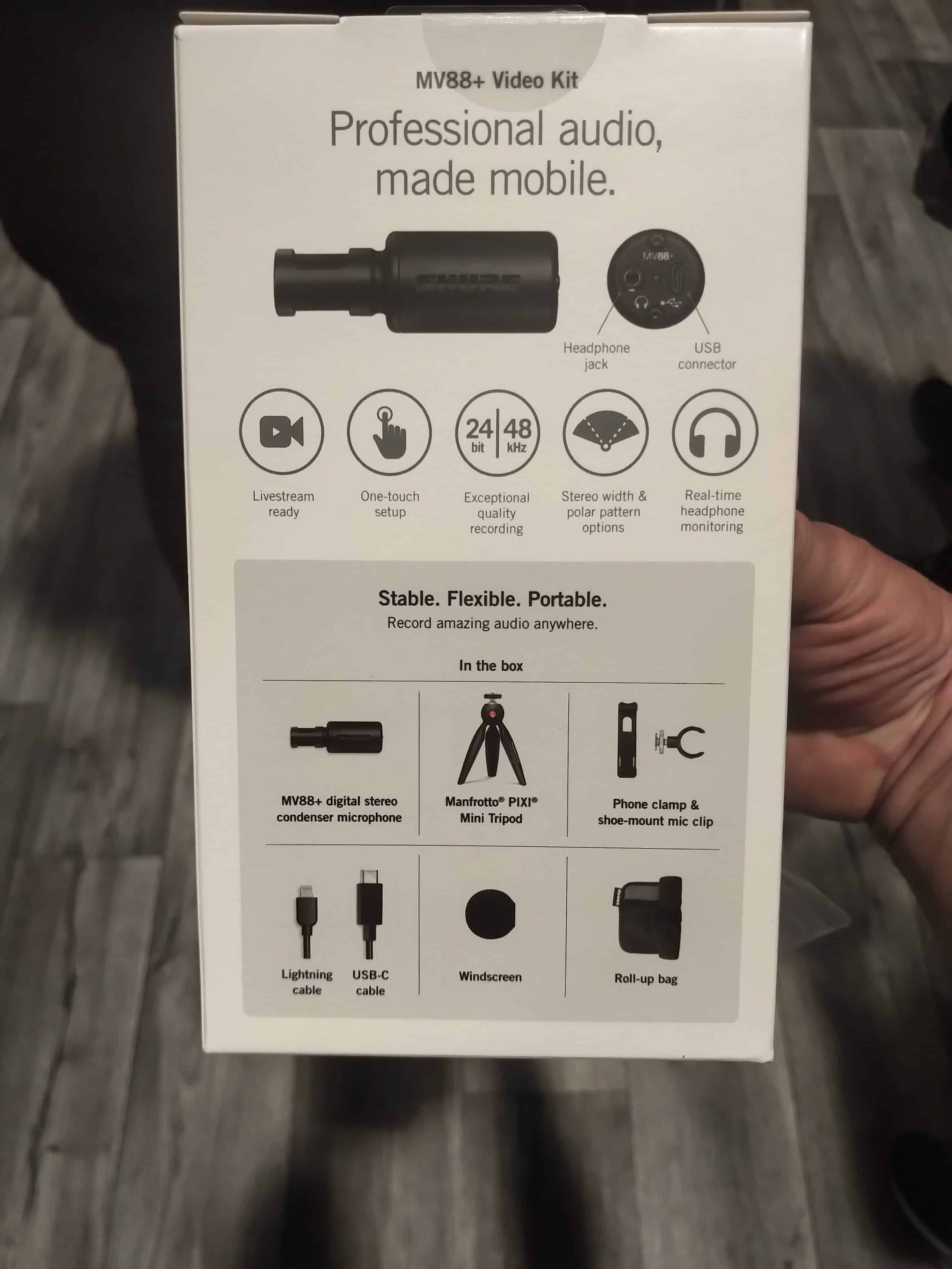 Our phones have amazing cameras that can film in 4k but the audio on the phone to record is its Achilles heel. The phone microphone is meant for calls, not for recording interviews, music while playing your guitar, or anything that isn’t in a nice quiet room.

This is where the new Shure DV88+ microphone comes in. It’s a little mic that you plug into your phone and instantly you have high-end audio recording right from your phone. The best part is that you can change the area that the microphone records ie. Do you want it to ignore sounds behind you but only focus on what’s in front? No problem. Do you want to have two people talking and get a bit of ambient surround sound? No problem – just swipe to that option.

This is going to change the game for mobile vloggers, video makers, podcasters, streamers who use their phone but need an amazing mic.

A full deep review of this will be coming soon!

Note: this is NOT to be confused with the DV88 product that Shure already has. That one is for iOS devices only and is a different product.

If you missed snack-size CES tech news from CES Day 1 and CES Day 2 they are right here!