We have gotten used to the bussing of the drones. We love being in control of a device that we can send miles away to snap some amazing scenery from high above.

But what happens when YOU want to be the subject of the video? In 2018 do you still need to drag along a friend who will fly the drone around you as you ride your bike, drive your car,  and deliver your lines?

There are now plenty of drones on the market that will happily follow you around about as well as a human pilot would. These drones have a “follow me” function, which is becoming a standard feature for high-end consumer products.

Using a drone that can follow you means that you can be a one-person crew, able to both perform and film at the same time. From taking amazing selfies to capturing fast-paced action sports and everything in between is possible using machine vision tracking and/ or GPS beacon-tracking. 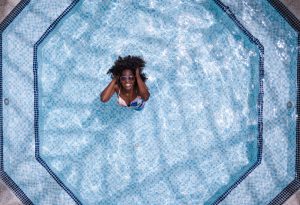 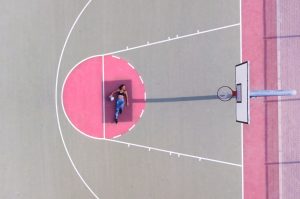 The type of tracking you’ll find in most commercial drones that follow you use machine vision. That is, the camera picture is analyzed by sophisticated software and the onboard computer tries to recognize the object marked for tracking.

In the early days, this was a hit-and-miss affair and the odd shadows on the subject would be enough to throw the drone off its tracking. These days it’s usually spot-on. The latest drones can even predict where an object will re-appear if it passes behind something.

Pure machine vision has now also been bolstered with spatial sensors which both stop the drones from crashing and detect objects in 3D space.

The most straightforward way to get a drone following along is to put a tracking device on the object or person you want it to film. There are various approaches to this. From using a WiFi connected phone to waterproof wristband trackers.

This is the most reliable method to get that drone on your tail as the drone has a very specific target to aim for (so to speak). The ideal way is to mix visual tracking and beacon tracking especially in high action adventure where the subject changes direction quickly amongst other moving elements.

The Airdog II and its predecessor are both a great example of beacon-tracking drone. This is an action sports drone that pairs with a waterproof wristband. As long as you are wearing the wristband the drone will follow you everywhere. You can also control the drone with the wristband to make sure you get the perfect shot. If you like action sports, it’s more than worth a look:

The latest DJI Mavic 2 is the ultimate in machine-vision tracking technology. It can sense subject directly with its object-avoidance sensors and has the best onboard hardware and software for camera-based tracking. It’s at the pricier end of the scale, but arguably one of the best drones you can buy from a the drone-leading company:

Most drone pilots have a very real fear that they will lose control of their drone. Now add to that fear the ability for the drone to “think” for itself as it tracks your movement down a mountainside… it’s enough to send shivers down your spine.

Today’s drone safety technology has evolved that the drone will behave correctly if the correct procedures are followed. For example: setting a home base so that the drone can return home to the right location, calibrating the drone, ensuring that you have a line of sight with the drone etc.

Tracking is incredibly powerful and allows for amazing cinematography video that really makes those boring vacations videos worth watching!