Hisense is about so much more than just phones

When you think of Hisense you tend to think of cell phones but at a star studded event in Cape Town, South Africa, Clare Matthes discovered that Hisense is so much more.

What’s cooking in the kitchen

The new Hisense kitchen range includes a state-of-the-art built-in oven, a gas and ceramic hob, along with an elegant extractor fan to complete the picture.

Styled to fit perfectly in the most modern kitchen, the Hisense built-in electric oven (HBO60201) is as serious as any Hausfrau might be about her Strudel. With a full touch control LED display and aluminium stylings, the oven certainly looks the part, while the innovation inside this 70-litre twin oven does not disappoint. It boasts Hisense’s innovative Dual Cook System which allows busy chefs to prepare two dishes in the oven at the same time and at different temperatures. A concealed bottom element helps with easy cleaning, and a triple layered glass door ensures heat does not transfer to the surface.

When it comes to the Hisense ceramic and gas hobs, nobody will have to settle for style over substance. Both these units are flawlessly suited for marble countertops, with the Hisense ceramic hob (HHU77CEEL) engineered with convenient touch points to control the power levels of the four cooking zones. The scratch-resistant ceramic surface makes the hob an absolute breeze to clean.

Those after the precision and instantaneousness of gas cooking will love the Hisense gas hob (HHU90GAGL), featuring five triple ring-burners and a splendid tempered glass panel surface. With auto-ignition of the burners, the hob includes flame-failure engineering that ensures safety while cooking, and stainless-steel support which is both corrosion and rust resistant.

Rounding off the cooking line-up is the Hisense extractor (HHO90TJMI). This unit can only be described as elegantly powerful, since its 550 m3/h of airflow extraction power is tempered by a low noise output of 56dB at its highest. Furthermore, touchscreen controls, energy saving LED lighting and washable aluminium filters allow for superb all-round performance.

“The new Hisense kitchen range mixes elegant style with class-leading engineering, perfect for those looking for food perfection in a show-off kitchen,” says Jason Ou, head of product and marketing at Hisense South Africa. “We have no doubt that these cooking appliances will perform as well as our refrigeration range has which took the No.1 position in sales value market share for six months in 2016; while between January and May 2017, our sales value ranked No.1 locally. Overall, our revenue sales growth has increased by 22.09% compared to year-on-year figures in 2016”, Ou further adds. 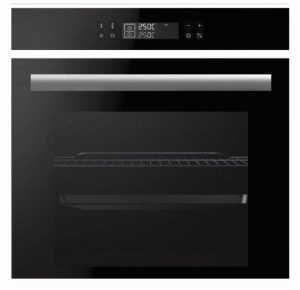 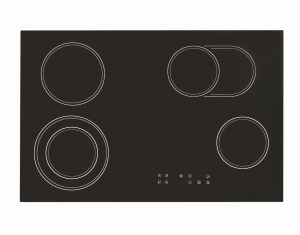 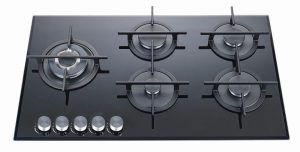 A fridge not to be passed by

We might still be in the kitchen but this fridge had jaws dropping. Hisense fridges remain one of the most popular choices at retailers, not to mention that they are manufactured locally at the company’s factory in the Atlantis industrial region.

The latest flagship unit is the H701FS-ID, is a French-Door fridge that big entertainers or those with large families will immediately fall in love with. The massive 516-litre interior space is highly customisable for different sized food, and a crushed or blocked ice maker is on standby, ready for those hot summer days.

A number of renowned Hisense technologies feature: including Dual-Tech Cooling technology which provides the notion of separated cooling to keep your food fresh in all compartments. Cool air is essentially separate in each compartment which helps the refrigerator to keep a perfect level of humidity for delicate food, while the freezer compartment stays dry, frozen and frost-free. This technology also prevents flavour and smell integration, while all compartments maintain their pre-selected temperature perfectly.

According to Luna Nortje, sales executive at Hisense South Africa, the move to introduce the new range to the local market was an obvious one. “It is a fact that South Africans know and love our refrigerators and televisions, so it is only logical to extend the brand into the cooking sphere. Our ovens, hobs and extractors are of world-class quality and exquisitely designed; perfect for any modern kitchen.”

The Hisense built-in oven, gas and ceramic hobs and extractor fan will be available from retailers from August 2017, while the Hisense H701FS-ID French-Door fridge will be in stores from September 2017. 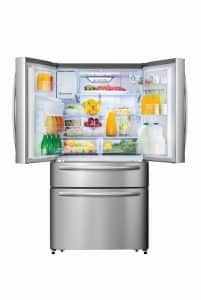 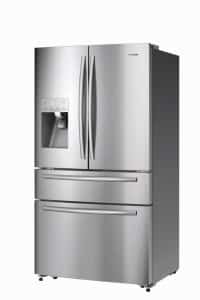 The recommended retail pricing is as follows:

What’s on the box

Hisense is set for strong positioning within the South African television market with the release of two new exceptional Ultra LED (ULED) televisions.

Since the introduction of ULED technology, Hisense’s line-up has incorporated a number of sizes and price points, allowing a wide range of consumers to experience the superior image quality, clarity, and precision that ULED offers. And the brand has certainly been flying high, with Hisense South Africa maintaining the top spot in TV unit market share from March to December 2016, and April to May 2017.

One would be hard pressed to do better than Hisense’s hero 55″ ULED Curved T910 TV from last year, but the electronics forerunner has done just that with the 2017 flagship model – the 75N9700. This 75″ set carries the distinction of being the largest ULED TV that Hisense has introduced yet, and with its pleasing aesthetics that are easy on the eye, this television will be the focal point of any living room.

Featuring a unique design, the 75N9700 sees a Dolby Digital-enabled sound bar situated below the narrow aluminum frame that houses its Quantum Dot technology display. The flagship offers an unmatched brightness of 2 200 nits, which means every detail of the screen is illuminated for a superb viewing experience.

If 75” is too much screen to handle, the 65″ 65N8700 is perfect for the living room, sporting a variety of noteworthy design features. These include a frameless, ultra-slim 8.9 mm body, along with Dolby Digital audio functionality, all of which sits on a centrally mounted aluminum stand for a sophisticated aesthetic. Coupled with its sleek design, the 65N8700 delivers peak brightness of 1 000 nits.

When it comes to backlight control and algorithm optimisation, Hisense claims to be the industry-leader. The backlight in the TVs has been engineered so that it’s divided into hundreds of zones, which minimise the impact from each zone by controlling them individually. This means that blacks can be darker, and whites can be brighter, without being influenced by backlight of adjacent areas. More zones, more accurate contrast performance. This year Hisense has even divided the backlight into up to 560 individual zones in the new ULED – which is 320 more zones than last year.

As with most of Hisense’s ULED TVs, the 75N9700 and 65N8700 boast breathtaking 4K displays, each serving up a rich 3840×2160 resolution and wider colour gamut compared to normal LED TVs. Added to this is High Dynamic Range (HDR) Supreme, which enhances the brightness and contrast of the television’s picture quality across the board. With high-end gaming consoles all favouring HDR to showcase their newest titles, having this feature is essential in delivering a more immersive experience for gamers.

On the Smart TV front, Hisense has integrated the new VIDAA U operating system on both models. Designed to turn the television into a home entertainment hub once connected to a Wi-Fi network, they present users with an easy-to-navigate interface and a variety of apps to enjoy.

It is worth noting that both the 75N9700 and 65N8700 are also manufactured locally by the Hisense factory, located in Atlantis in the Western Cape. 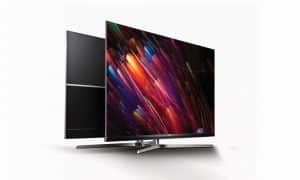 The recommended retail pricing is as follows:

And finally, hot on the heels of the company’s latest mobile handset release, Hisense introduced the C30 Rock Lite to its family of phones.

Available locally from August, the device should carry a price tag of R2 499. The company, according to Lee Moss, sold 35 000 units in 2016 so it seemed only appropriate to keep rolling out a winning product.

This rugged device, referred to as the Rock Lite, will have a five-inch display, hybrid SIM, which allows for a dual SIM set-up or a microSD card, and a 3 900mAh battery.

Clare’s father swears she was born waving spirit fingers and singing tah dah in an oh-so-dahling-showbiz-esque manner. Nicknamed “Schnauze” because of her smart mouth and quick whit, Clare