When it comes to Gaming, there are so many options to choose from and a quick Google search will reveal countless opinions about which console is the ultimate one or which desktop configuration is unbeatable. This whole thing can get very confusing so Tiana Cline took out the Acer Nitro 5 for a spin to see how that hardware holds up in the gaming world. This is her report back: 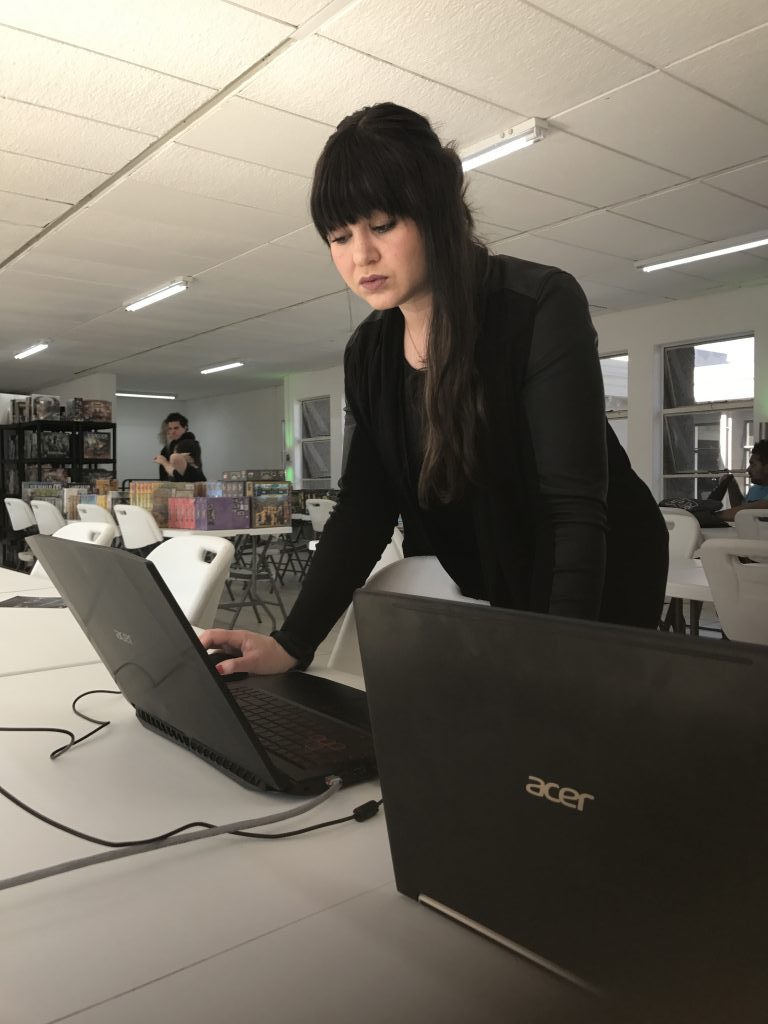 Is my PC good enough to game on? What if I don’t want to splurge on the top of the range Predator? Is there a mid-range gaming laptop that would work for me? Yes, yes and yes. Meet Acer’s Nitro 5, a laptop designed for the everyday gamer. Or maybe, you’re like me and you game on many different consoles and PC games just add to the mix?

For the past few weeks, I’ve been taking the Nitro 5 with me to see what it can do. And from the the moment I pressed the on button, I knew that we were going to have a lot of fun. In the age of instant gratification, we want things to work and work quickly. The Nitro 5 booted up in record time and didn’t give me any hassles when I wanted to install software (Chrome and Steam first!) or run updates.

At first, I was worried that the Nitro 5 would be a bit big for me as I’m used to a smaller, 11” laptop. But when it comes to gaming, screen real estate comes first and I love the crisp display which is full HD (with IPS Technology, which means you’re going to get viewing angles of up to 170°.

Another thing you’ll notice immediately is the red backlit keyboard. This is a bit of a marmite feature – some people I’ve shown the laptop to have told me that they don’t like the red accent. Others have said that it looks really cool. I like how it lights up the keys, can be turned on and off easily and how the WASD keypad is highlighted so you don’t actually need to look down when you type.

On the inside, the Nitro 5 features an AMD RX550 graphics card and duel-fan cooling – something you can apparently control yourself although I never felt the need.

For me, Acer’s Nitro 5 is the perfect gaming companion. It feels sturdy but at the same time, only weigh’s 2,7kg. The design is sleek. The red backlit keyboard gives it a bit of an edge. It boots up quickly and doesn’t give me any hassles when I load up my favourite games on Steam, or any other installed software.

No DVD but what amazing sound!

What did frustrate me about the Nitro 5 was the lack of CD/DVD drive. My Internet connection is notoriously erratic so if I don’t have time to go to Starbucks to finish my daily downloads, being able to just pop in a disc would be a lifesaver…

What is does have are ports a-plenty, notable sound (I turned it right up to play Hitman and I really felt engrossed by the soundtrack) and a razor-sharp gaming ridge.  It’s the sort of laptop that you could also comfortably use in the office if the colour combo fits in with your personal aesthetic.

It’s gaming in a different price bracket for those who need a little bit more than a laptop but don’t feel the need to splurge on a hardcore machine. Acer’s Nitro 5 is the ideal casual gaming companion.

Tiana Cline is a freelance content writer and editor with a penchant for violent video games and interesting gadgets. She’s passionate about being a woman in technology in the fast-paced age of information… but also a mom of three, the first being feline.