The power of the KEYone makes it an absolute winner

Quick. Look at your phone. How much battery power do you have left?

If it’s past midday and you haven’t had your phone charging all morning, my guess is that you are starting to be very aware of how little power you have left.

What if I tell you that there is an Android phone that regularly lasts 17 hours before needing to be charged?

I am talking about the BlackBerry KEYone which BlackBerry has been kind enough to send me to review.

Before you do that eye roll thing, I fully understand that the world is made up of two groups: those whose first phone had a keyboard and those who first phone didn’t. Realistically, if you fall into the latter group you are not the target demographic but stick around and see what you are missing.

I am truly baffled by reporters who use the phone for a day or a week, without putting their SIM card into the phone, and while continuing to use their normal phone and then make a judgment call about how good or bad this phone is…

Now that I got that off my chest, here is why I think this phone is superb:

Show me the POWER:

An amazing phone that is dead by 12 o’clock is just a brick from 12:01. I have constantly achieved 17 to 20 hours of battery life from the phone. This is without any battery-saving techniques and with the GPS, Bluetooth, WiFi left active.

My “normal” usage besides calls, email, and social media includes Google Maps for navigation, Pandora for my music, WordPress for my blogging and Hive home automation system to control my home systems.

I can’t recall the last time I left my house without any charging cables or power banks and without charging my phone in the car.

The KEYone has 3505 mAh battery with quick charge option which BlackBerry calls Boot Mode. This gives you 50% of the battery in 36 min and this mode is customizable too. 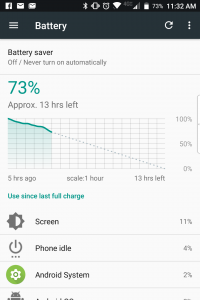 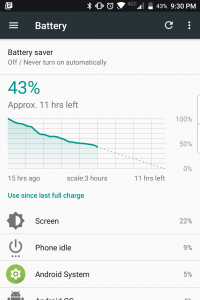 Is it really really Android?

With BlackBerry’s previous operating system, BB 10, you had the ability to run Android apps but this was on top of BlackBerry system. This is no longer the case. This phone is a full Android 7.1 Nougat phone. You set it up like you normally would set up any Android phone by logging into your Google account and going to the Google Play store to download apps.

There is no longer that nagging feeling that BlackBerry owners had of “will this app work on my phone”. If there is an Android app that doesn’t work on the KEYone, I am yet to find it.

Some BB10 features were carried forward to the KEYone so you still get that amazing BlackBerry Hub, DTEK security and instant search to mention but a few features you probably don’t have in your current phone.

Here is where the KEYone shines. On another android phone you would have a couple of physical buttons but on the KEYone you obviously have a full keyboard that allows you to map keys to launch apps and initiate tasks. 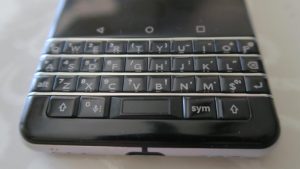 You can even map the same key to perform two different actions depending on how long you pressed the key.  For example, Long Press C and it launches email to Compose a new email, but Short Press C it opens the Calculator.

These shortcuts are fully customizable to your liking so you may choose to allocated C to Calendar for example.

There is a “Convenience Key” which is a physical button on the right underneath the volume buttons and this can be mapped to basically apps or actions that you frequently do which is rather…eh…convenient.

It took a while to adjust to typing on the keyboard after not having a physical keyboard for a while, but man it was so nice to hear the tic tic of typing again. Great to feel a keypress down.

Just because it has a physical keyboard, doesn’t mean you need to learn how to spell as you will get autocorrect as you do on other Android phones. The KEYone allows you to either tap on the word or simply flick-up on the keyboard underneath that word. This really does speed up your typing.

The keyboard itself doubles as a trackpad so you can use it to scroll up and down, left and right as you read anything on your screen.  This quickly became one of my favorite features especially when reading blogs, news, scrolling down Twitter, and Facebook timelines.

The space bar has a fingerprint sensor hidden into it which is a superb use of space. You can unlock your phone as you would any other phone with your finger(s).

Swipe left anywhere on the keyboard and it deletes your last word, press the 0 and the emojis pop up and a really useful feature is the double-tap feature. If you edit a document or an email and want to edit a section, you simply double-tap on the keyboard and it is now a cursor. Move it precisely where you want it without the screen moving up and down as you touch it.

Historically cameras are not BlackBerry’s strong suit which, in a social media snappy world, is a problem. I am happy to report that on the KEYone this is no longer a problem.

The selfie/front-facing camera is 8 megapixels and is pretty solid for the odd Snap or Insta. Just note that at times the autofocus doesn’t focus immediately especially in low light conditions. Not a biggie.

On the rear, is a 12megapixel camera with a Sony IMX378 sensor. For your normal day to day shooter in bright light, the camera does a pretty solid job. Colors are bright and realistic and on auto mode the focus is quick to respond. The software is simple to use too with options like HDR and Flash just a tap away.

In low-light, it was pretty good most of the time, but in low light conditions, the images can be washed out. When I switched to Manual Mode and played with various settings like the Focus, ISO, White balance etc. I  could get most shots but obviously if there is a high action shot you will miss it.

Video can be shot at 4K and at 30 fps but the image can be shaky so using a tripod is a must. However, when you bring that down to 1080 you can choose 30fps which is perfectly stable. I do like being able to shoot at 60fpswhen shooting fast-moving action videos so should I want to slow it down later without losing quality, this is possible.

Speaking of video, watching YouTube clips or even a movie is pretty nice too and you quickly forget the keyboard is taking up some screen real-estate. 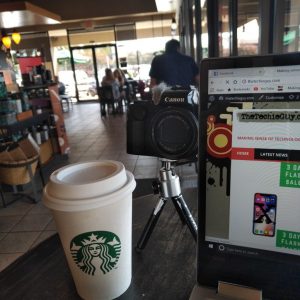 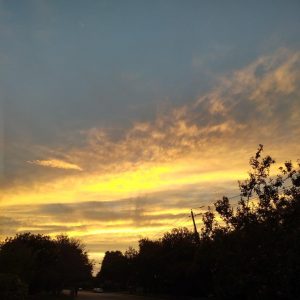 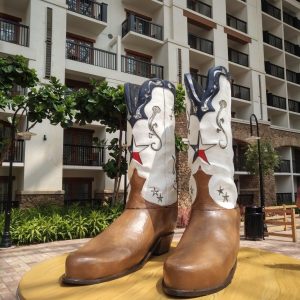 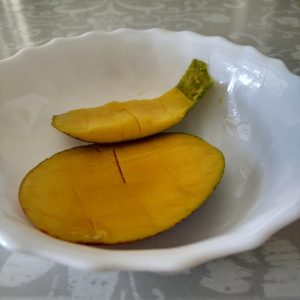 How does it game?

When it comes to gaming my games are those time-wasters type of games. Like when waiting for the doctor or sitting on a plane. Those work with no problem as the don’t require such intensive processing power.

In order to push the phone’s limitations, I was pleasantly surprised when playing games such as flight simulators and car racing games which do require a lot of attention from the processor and these handled just as well. I didn’t find any lag/ jumpiness/ glitches but these are not my go-to type of games so had limited exposure with them. 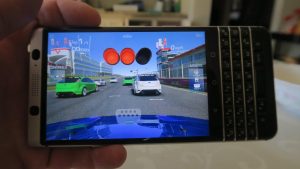 I have grown rather attached to this phone. It is always a conversation starter and after that eye-roll bit, when I start showing off some of these features, along come the ”oh wow” reaction and always followed by “I had no idea it can do that”.

Ultimately, for most people, a cell phone is a necessary tool to have instant access to information, be able to capture moments and share them from wherever you happen to be. For this reason, I go back to the KEYone’s battery as its key differentiator. The KEYone goes on and on so you no longer have to worry about not taking another pic or not adding to your Insta Story as you might run out of power to call Uber to get you home at the end of the night. The KEYone frees you.

If your first reaction is to say “But first let me take a selfie” then you are probably already saving up to get some X phone with all the other kids. But if you own a business, or are constantly out of the office in between meetings, or are in law enforcement and emergency services and you need to be connected all that time, then the KEYone is 100% for you.

Oh and yes, you can still take that selfie too.