That is how much trash we dump into our oceans every year.

Clearly, this is unacceptable.

And yes, while governments, agencies, and organizations around the world are doing their bit about this, it’s clearly not enough.

So once again, YouTubers MrBeast and Mark Rober have mobilized an army of Content Creators from around the world to remove 30 million pounds of trash from the ocean over the next three years by raising $30 million by January 1st, 2022.

Not a typo. Thirty million US Dollars.

The campaign is called #TeamSeas and the premise is simple: For every $1 raised, one pound of trash will be removed from the ocean and rivers. $30 million = removal of 30 million pounds of trash.

Every single dollar that is raised is going straight into the project and will be split 50/50 between Ocean Conservancy and Ocean Cleanup.

Ocean Conservancy, an organization that champions science-based solutions to strengthen the ocean’s health, will tackle beaches and oceans while The Ocean Cleanup will clean rivers up with their trash-eating floating robots, known as the Interceptors. The Ocean Cleanup will place Interceptors at the 1% of the rivers that account for 80% of the downstream trash and stop plastic from reaching the ocean.

But how do you raise that kind of money?

You start with a secret message.

I was sent a DM by Mr. Beast (totally not bragging) and it was a link to an unlisted YouTube video. This is a video that isn’t visible on anyone’s YouTube channel but can only be seen if you have the secret link.

The video started off with a warning: 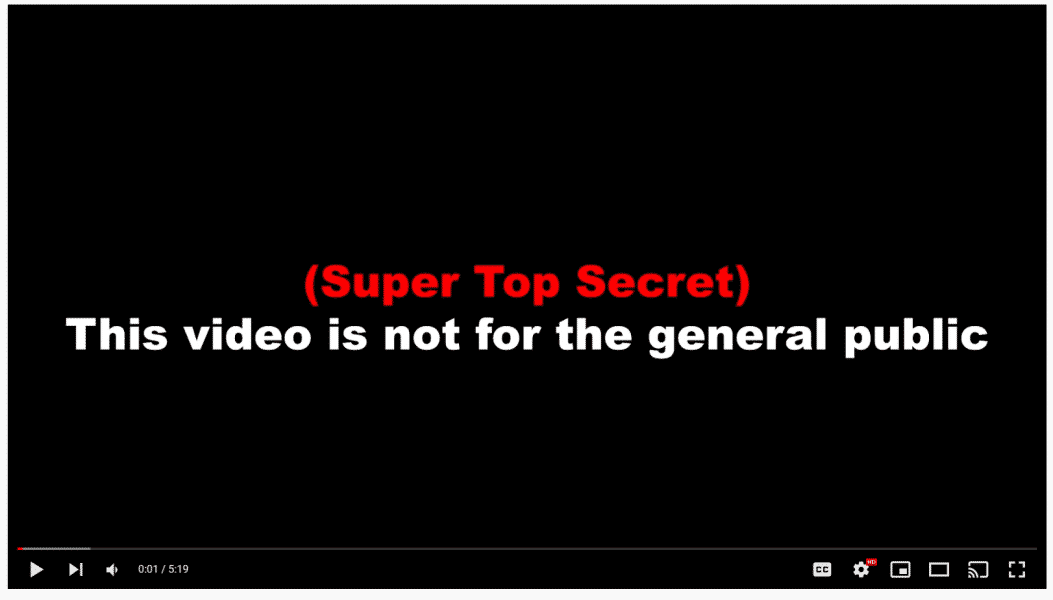 The video goes on to ask Creators to get involved on October 29th and beyond in raising awareness for the #TeamSeas fundraiser.

Creators are urged to rally behind the cause of cleaning up the ocean and encourage their audience to donate to TeamSeas website.

Before you think it’s impossible to raise that kind of cash in two months, let me remind you about #TeamTrees. This was a campaign that raised over $20 million, enough to plant 20 million trees around the world. That campaign was also headed by Mr Beast and Mark Rober and was done on the same premise: gather as many content creators with audiences around the world, and band together for the cause. #TeamTrees generated more than 1B video views combined and even years later, #TeamTrees receives enough funds to plant 2,600 trees every day.

‘Tis the sea-sun to be giving!

What I love about the YouTube and the Creator Community as a whole, is just how much people are willing to get involved, change their content schedule, push aside other projects, and just be part of the greater good – check out some of these epic creators!

Time to shell out – don’t be shy

Literally, every dollar counts. Small donations are greatly accepted as removing 1 pound of trash for $1 is an easy ask.

One less $5 non-fat–pumpkin-spice-latte this month is 5 pounds of trash that will be removed from the ocean.

So head over to #TeamSeas and donate if you can. If you can not, please share this post with friends and family as that will help too.