This is a sponsored conversation written by me on behalf of Hive. The opinions and text are all mine.

School has started and parents everywhere breathe a collective sigh of relief. Everything has returned to its school-routine and after the three-month summer break, even the kids are excited to be back at school!

There is only one problem – none of us like to wake up that early. Each morning we need some extra “encouragement” to get going and this is where Hive comes in!

I partnered with Hive, the smart home system and since I have set it several months ago, life has been propelled into the future!

Hive gets my kids to school

Hive is a smart home system that works over the home’s WIFI. The system is wireless which means that anyone can install it without breaking down walls and setting it up is as simple as plugging in any appliance. I have the Welcome Home Plan which is one package that contains the Hive Hub,2 Hive Active Plugs, 4 Hive Active Lights, 2 Hive Window or Door Sensors, 1 Hive Motion Sensor, and the Hive Active Thermostat.

As soon as you connect the Hive Hub to your internet router you immediately have control right at your fingertips. Download the HIVE app and connect to it sensors, electric plug outlets, lights and even the home’s air-conditioning system –  all without needing an IT specialist and without needing to call a handyman. 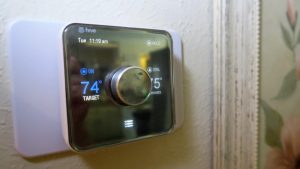 The system is so modular which means that you can change your setup to suit your requirements at any given time.

For me, the current requirement is all about getting everyone back into the school routine and here is how Hive has helped me do exactly that:

As I wake up and open the bathroom door, the Hive Door Sensor switches on the Hive Active Light in the passage which is outside my kids’ rooms (I thought that this is less cruel than having Hive switch on the lights inside their room!). My kids start to realize it’s morning and they have to get going…

With Hive, you can perform multiple actions at the same time so as soon as the Hive Active Light is switched on, the Hive Active Plug is sent a signal and that switches on my coffee maker in the kitchen. This is amazing! By the time I reach the kitchen to make breakfast for everyone, the first cup of coffee is already being poured. Gotta Love it!

Now that everyone is awake and heading off to school, there is no need to waste electricity by having the air conditioner running at full speed, so I have scheduled inside the Hive app to change the temperature from 71 to 78 just as we leave the house. I also have it scheduled to change the temp back 15 minutes before we come home. 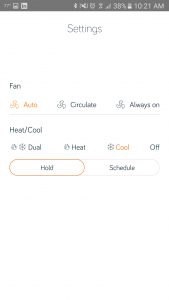 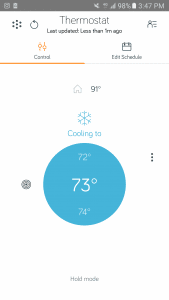 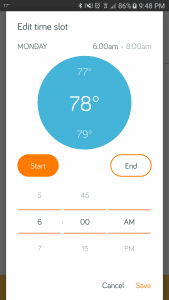 But here is the best part – having control of the entire system from the app on my phone allows me to have flexibility. The moment our plans change and we are not heading home after school, I can tap the Hive app and simply change the setting. I can also switch on my Hive Active Lights from anywhere in the world and once I even switched on the coffee maker with the Hive Active Plug when I was heading home from a late afternoon meeting!

There is one feature that my kids don’t like though and that is when the TV automatically switched off at bedtime as it is connected to the Hive Active Plug which is also on a schedule. I have it set for 9 pm on a weekday and 11 pm on a weekend.

Hive is for everyone

Hive is really made for anyone who wants to spend more time focusing on living than worrying about the mundane: Did I leave the lights on? Is the window in the kitchen open? Did the kids close the back door? These all disappear the moment you have Hive installed.

Unlike other systems, with Hive you don’t pay thousands for the hardware in one lump sum, but instead, you pay a monthly fee based on the program that suits you and your family. The most popular plan is the Hive Welcome Home Plan which starts at $24.99/month. There is also a Hive Starter Plan at $9.99/month, Hive Heating & Cooling Plan at $12.99/month and the Hive Home Check Plan at $19.99/month.

Join me in the future and change the way you live as worrying less is just a push of a button away on the Hive app.

Check out https://www.hivehome.com/us and use this code for a 10% discount: HIVELIRON10

This is a sponsored conversation written by me on behalf of Hive. The opinions and text are all mine.