Which is the BEST VPN for fast internet, gaming and streaming? I test 10 VPNs to find out!

You have been putting this off for a long time, but enough is enough. Now is the time to get you and your family a VPN. But which VPN service do you buy? Which VPN service is still going to give your fast internet speed and allow you to stream Netflix?

These are the exact questions I had as I was searching for the best VPN in 2020. The problem I found was that most articles and reviews were also sponsored by the VPN and therefore I didn’t feel they give a truly impartial review of the best VPN.

Therefore, I decided to spend a couple of months testing the top 10 VPNs to see which is the best of the best. It’s important to note that this article and the review video are NOT sponsored by anyone. While I do have some affiliate accounts with NordVPN and Express VPN, I used my own money to purchase all services so I could test them.

Here is what I discovered:

To get into this test, each VPN had to have:

The VPN software was used with its default settings. I did not optimize protocols or ports.  This is an everyday person’s test. Since most of us work in the real world where everything is not perfect, this test was not done under laboratory conditions. In other words, your results may vary based on your location, ISP, equipment etc.

Of course, the information is based on what these providers had at the time of doing these tests.

How to test the best VPNs?

I was looking for a VPN that would be proficient at these three elements:

I will say that all the VPNs have really simple software that anyone can figure out. Simply install the VPN and click the connect button and your connection is instantly secure. There were not complicated wizards or steps to go through so anyone can use the software immediately after the VPN is installed.

I will call out three notables VPNs:

ExpertVPN – nice and clean, simple to use, and explains the various protocols if you want to take your VPN off the auto feature and set it manually.

NordVPN – Design is very visual showing world map and where servers are located. They also have specialty server like TOR and P2P and custom DNS option too.

Speedify – this VPN has the most options to really customize your connection. It also has one feature the other VPNs didn’t have and that is BONDING. This is where you take your phone’s internet connection and your WiFi and use them both simultaneously to get one big internet pipe. I have previously tested this solution when I bonded two phones together which you can see here:

When you head over to Netflix.com it will work out where you are located and direct you to the correct page. For example, if  you are in the UK and type Netflix.com you will be taken to Netflix.com/GB.

Over the testing period, every VPN worked. However, Speedify and PIA were not consistent and didn’t work every single time.

To test the speed, I connected to the VPN and let it automatically choose the best or fastest server for me. I then ran a speed test using Speedtest.net

I live in Dallas, Texas, USA so all the VPNs chose US servers for me. Some chose Dallas which is closest to me, but some chose other locations in the US which, I assume, is where their closest server are hosted. This obviously will have an impact on speed.

I then connected to Australia, South Africa, and then the UK as I wanted to see what the speed would be like in that country. Each time, I loaded a fresh speed test and let it chose the server.

It is important to check how many servers a VPN provider has in your country. If it has none, that going to be a problem for you so you should rather choose another provider with more local presence.

Running these tests over and over again with every single VPN, I can confirm that each time I connected they were within a couple of Mbps of the previous test. In other words, the same VPN has virtually the same speed every time. However, the speed varies when you compare VPN to VPN.

So here are the results – just click on anyone you want to enlarge or you can download all these Comparrisons VPN tests as well as more comparrisons between all the providers in a nice Google Sheet: 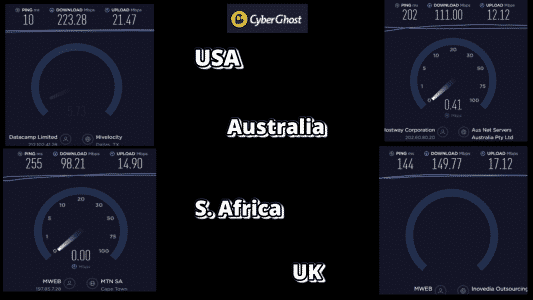 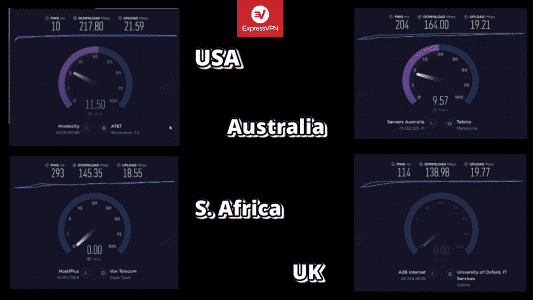 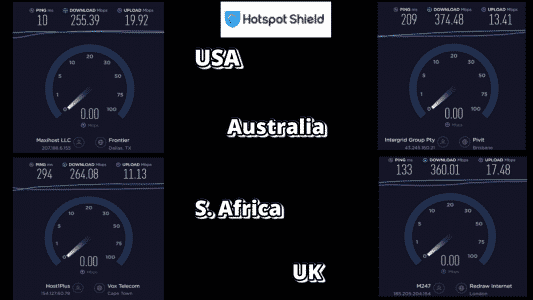 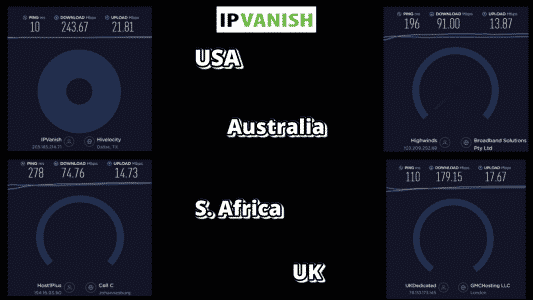 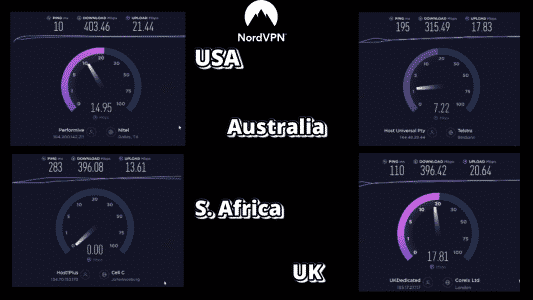 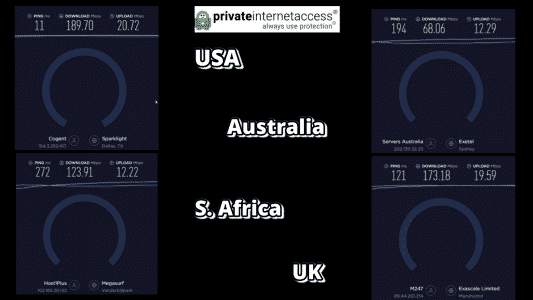 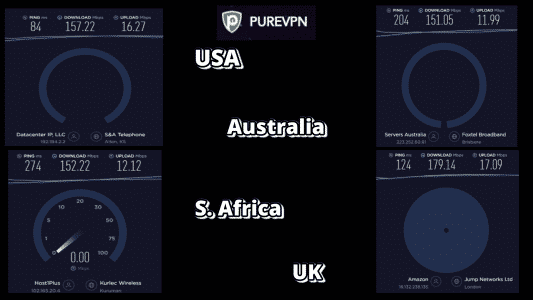 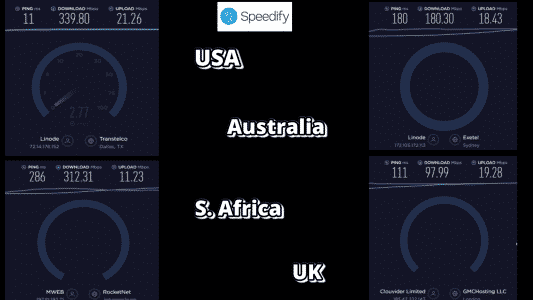 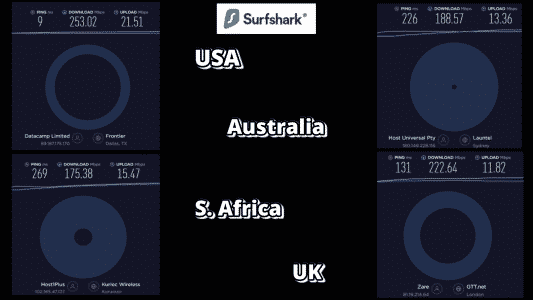 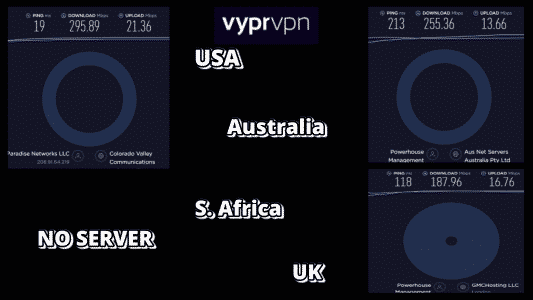 Customer service was fantastic with these VPNs. Only Speedily had Email support while the rest had 24/7 live chat. Some started as Chatbots and then handed you over to a human. I tested these at all hours of the day and night and I could chat with a person.

All of these providers offer at least a 30-day money-back guarantee. Hotspotshield, Cyber Ghost, SurfShark offer a 45 day period. Just remember that refunds are  not instatenous and take between 5 – 10 business days to reflect back in your account if you pay with a credit card.

The refund his period only applies in the initial period when you first start using the system. If you sign up for a year and cancel after 6 months, you don’t get anything back. Your account won’t get charged again for the following year, but don’t expect partial refunds for the unused period.

Finally, I would suggest that you use this as a guide but to test your VPN provider and see how it works with your ISP and in your country for your needs.

I personally decided to stay with NordVPN as NordVPN has constantly given me the best internet speed, the best streaming and suits my needs.

If you use this URL: https://nordvpn.com/liron you will get a special offer on your NordVPN subscription.

Final Note: Even though NordVPN came out on top for me, they were not aware of this test nor did they sponsor this post. I do have an affiliate account with them as I do with others. Again, in order to stay fair to all the top 10 vpns, it was important that none had any say in the video or this article.